News coming in from New York Comic Con that toy manufacturers Hasbro are releasing an action figure based on the comics legend Mr.Stan Lee!

Stan who passed away November 12th 2018  is known worldwide for his comic book creations that have made Disney a cool twenty odd billion dollars in the past decade; having created characters such as The Hulk, The Fantastic Four and Spider-Man, and countless others during the sixty odd years of Lee writing comics.

Now he is joining some of his most loved creations as a six inch action figure, based around Stans cameo in Avengers Asemble! 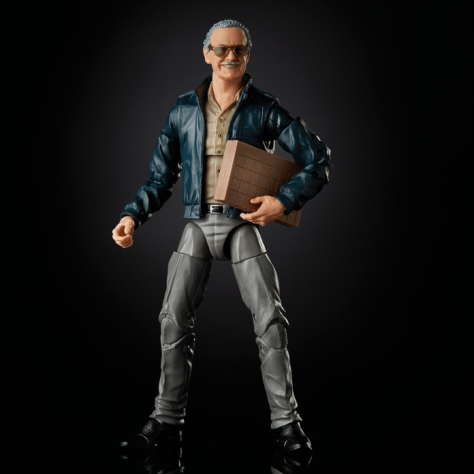 The figure will come complete with a chess board and a replica of Captain Americas shield, with Lee’s famous autograph emblazoned across it and will be part of the very popular Marvel Legends range and bears a very uncanny likeness to the comics legend!